Autobiographical rock and pop films are tricky beasts to get right. It’s hard to find an actor with the same talent and charisma as some of music’s most singular entertainers, and even when the performer seems a good fit, the script has to tell the right story in the right way or the fans – who are the most likely to bother to see the film in the first place – will turn against it.

So, with the announcement that the much discussed Freddie Mercury biopic is firmly back on track, with Rami Malek in the lead role, here’s a cautionary look at the best (and worst) biopics in music.

Best decision ever made was having Jamie Foxx portray Ray Charles, loved his performance so much.

Biopics generally shine a really intense spotlight on one person, with their friends, lovers and colleagues reduced to a supporting role. In the case of Ray, Jamie Foxx inhabits Ray Charles‘s physical mannerisms, easy charm and sharp authority so totally, it’s as if he’s a whole dimension deeper than his fellow actors. This is fitting for one of music’s most revolutionary figures, and a feat made all the more admirable given that a less subtle actor might pick up on Ray’s physical mannerisms alone, resulting in severe overacting.

It’s an Oscar-winning performance, the kind that still causes fans to gasp in wonder, 13 years after the film was released. Like @welove_kk, who receently tweeted: “I know I’ve said this a million times but Jamie Foxx played the HELL out of Ray Charles character.” 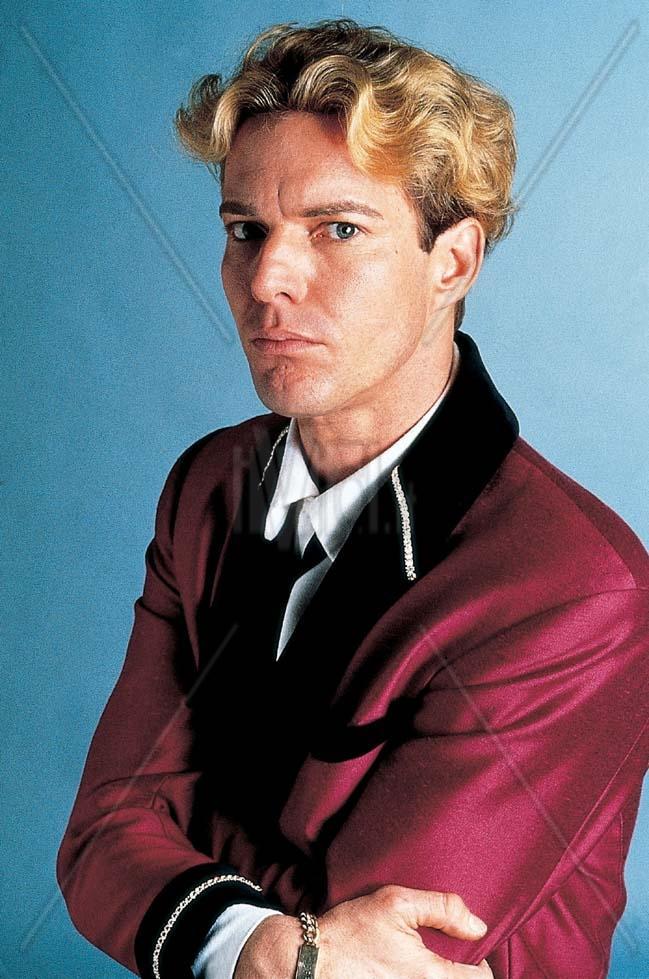 Dennis Quaid as Jerry Lee Lewis is one of the most entertaining performances ever put to film, love it or hate it

Rock ‘n’ roll stardom is all about charisma. Jerry Lee Lewis is a man blessed with a devilish charm, a short temper and a scathing disregard for authority. In 1989’s Great Balls of Fire!, Dennis Quaid played him as a hellraising buffoon, talented enough to succeed but bumptiously out of his depth when faced with the trials of public life. It’s a cartoon characterisation of a larger-than-life personality that makes for an entertaining movie, but not a very subtle one.

Fans remain divided about the merits of the film to this day. Brad Shade, commenting on the passing of another rock legend, said: “RIP Chuck Berry. Jerry Lee Lewis will be the last man standing. He’s survived everything, even the biopic with Dennis Quaid.”

And Angela Bassett should have won all the awards for her portrayal of Tina Turner in “What’s Love Got To Do With It.” She was outstanding

What’s Love Got to Do With It? is different from most music biopics in that the music and the escalating fame quickly take a backseat to the drama unfolding between harsh, controlling Ike Turner (Laurence Fishburne) and his wife Tina (Angela Bassett). So while Angela’s onstage performances burn with the righteous fire of Tina’s soul, the action is always set against Ike’s ferocious eyes and the knowledge that something disturbing may be about to happen.

Fans are so devoted to the film that several claimed not to know Angela Bassett wasn’t actually Tina Turner until years later. Chelsea Sims said, “Angela Bassett as Tina Turner is one of the greatest biopics ever”, while LeToya Henry noted, “For years Angela Bassett & Laurence Fishburne were Ike & Tina Turner because they acted so well in those parts & they don’t resemble at all!”

Iconic musicians such as Nina Simone deserve a film as good as Ray or Walk the Line, in which their darkest moments and brightest successes are captured with full technicolor drama. Unfortunately, Nina is not that film, and even if it was, the intense controversy over the casting of its lead actress put a great many people off ever bothering see it. Zoe Saldana signed up to play Nina, someone whose natural complexion was several shades darker than her own. To fix this, she wore dark makeup and a prosthetic nose, but was accused of performing in “blackface” by outraged fans. The film was released in 2016 to poor reviews.

Typical comments range from the considerate to the downright livid. Urban Fervorsummed up the views of those who felt she was never right for the role, saying, “Still mad at Zoe Saldana for that Nina Simone biopic. The blame isn’t solely on her shoulders of course. It was a good gig to win. But…” While Baenerys didn’t even think she did a good job: “What insulted me so much about Zoe Saldana playing Nina Simone like more than not looking a thing like her, she didn’t embody her!”

In Walk the Line, Joaquin Phoenix and Reese Witherspoon tell the story of Johnny Cash‘s ascent to stardom, the decline of his first marriage and his near-ruinous addictions. Unlike Val Kilmer or Jamie Foxx, Joaquin does not bear a strong facial resemblance to his subject, although his singing voice was good enough to pass muster, so he sang live versions of Cash songs where needed.

The real key to his performance is in the eyes. Flitting between haughty and haunted, Phoenix played Cash as a man trying to better himself despite his demons, a performance that fits with the public perception the great man. Or as Dave Reed on Twitter recently wrote: “Ever since I watched Walk the Line I just imagine Johnny Cash as Joaquin Phoenix, no matter how many pictures I see of the real Johnny Cash.” 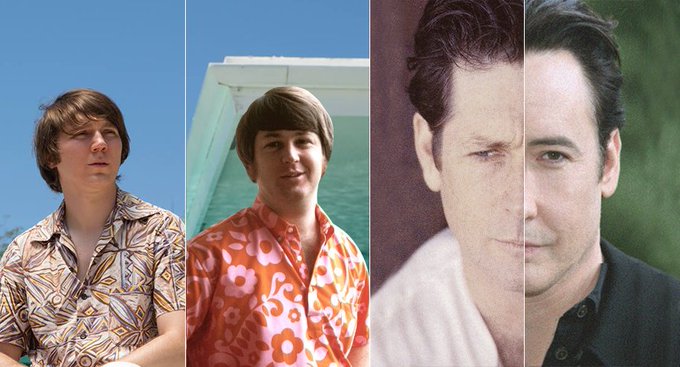 If you thought that Paul Dano, John Cusack and Brian Wilson don’t resemble each other, take a closer look!

Love & Mercy is an odd film. It depicts Brian Wilson in two important stages of his life. There’s the 1960s boy genius (played hauntingly by Paul Dano) – composing Good Vibrations and God Only Knows in the studio for The Beach Boys and being tormented by his father Murray – and there’s the eccentric 1980s former rock star, attempting to regain his mental health while under the controlling influence of his therapist, Dr. Eugene Landy.

John Cusack plays Wilson in his later years, and the disconnect between his version of Brian and Paul Dano’s is one that fans have struggled with, especially since the 1960s scenes of Brian in the studio are vivid and exciting. Sam Hill said, “Watching Love and Mercy. A film of two halves. Paul Dano utterly convincing as Brian Wilson. John Cusack utterly unconvincing”, while Joel Carrol added, “Watched that Brian Wilson movie where there were cool flashbacks, and then he turned into John Cusack for some reason…” 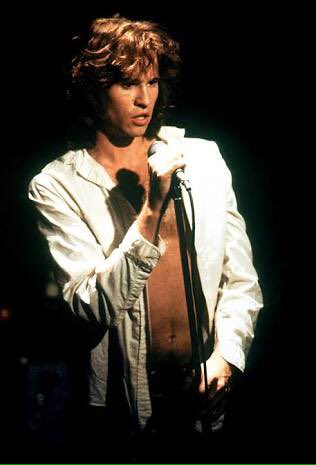 The Doors is primarily a film about Jim Morrison – shamanic rock star. It has drawn intense discussion, some heated, from former members of the band and fans alike, who consider Oliver Stone’s retelling of the story to be heaving with mythology, cheesy and light on facts. By and large, the one thing most fans appear to agree on is that Val Kilmer does a sterling job inhabiting Jim’s face and mannerisms, even when having to say preposterous tosh like “I’m the poet and you’re my muse”.

It was no easy task, and Val reportedly spent a year living as ‘Jim’ before starting work on the film, and had to have therapy after filming ceased, to try and remove the last vestiges of Jim’s persona from his own. In a recent Q&A with fans on Reddit, he said: “Jim was a real challenge because inside he was so unhappy. It was so much fun to be that crazy tho.” 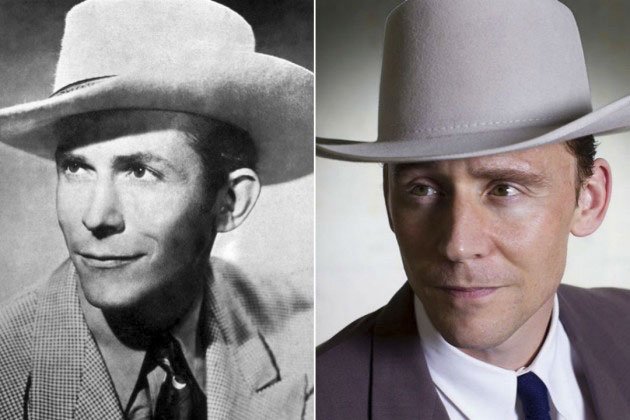 This is a point at which fandoms collide. Tom Hiddleston fans are partial to most things he’s in, and were very pleased to see him taking on the role of country music’s founding father Hank Williams – someone to whom he bears an uncanny resemblance – in I Saw the Light. Hank Williams fans were less chuffed, not least because Tom’s British upbringing is a world away from rural Alabama, where Hank grew up.

The film is not widely regarded as a classic, and Tom’s portrayal of Hank, while solid, still draws some flak, including this, from Stephanie Thompson: “Tom Hiddleston as Hank Williams Jr. Not buying it. He’s really good. But it’s just not… quite… there.” And even this, from Kathryn de la Rosa: “Worst things i’ve done to myself in 2017: – watch the Hank Williams biopic starring Tom Hiddleston.”

In fannish contrast, when Twilight star Kristen Stewart announced she was to play Joan Jett in a biopic of the 70s proto-punk group The Runaways, rockers rolled their eyes, but she’s now considered to be the best thing about the film: 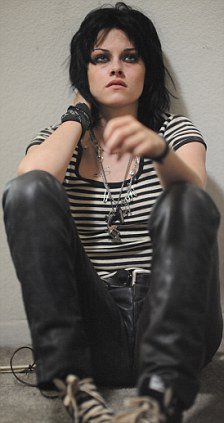 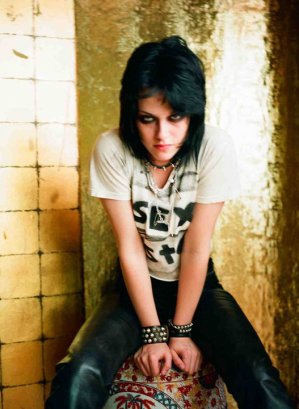 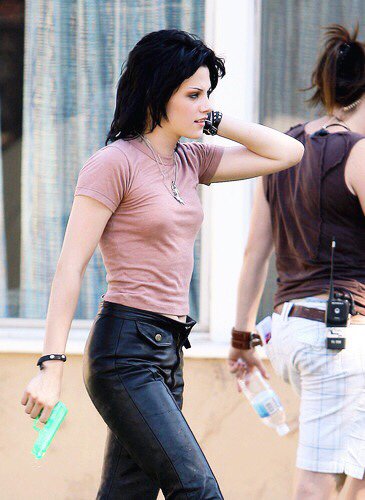 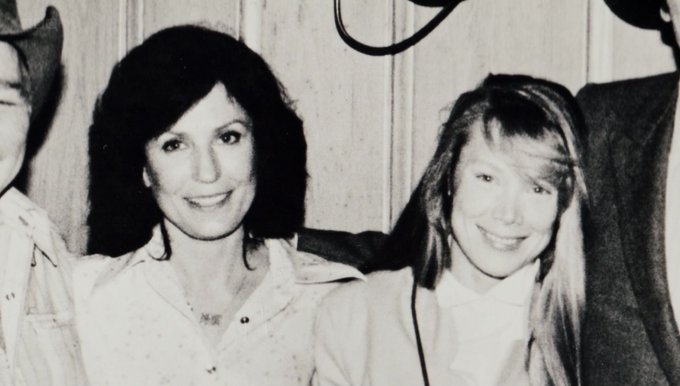 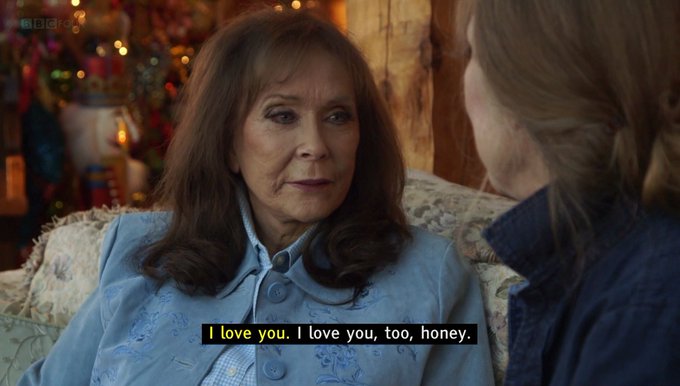 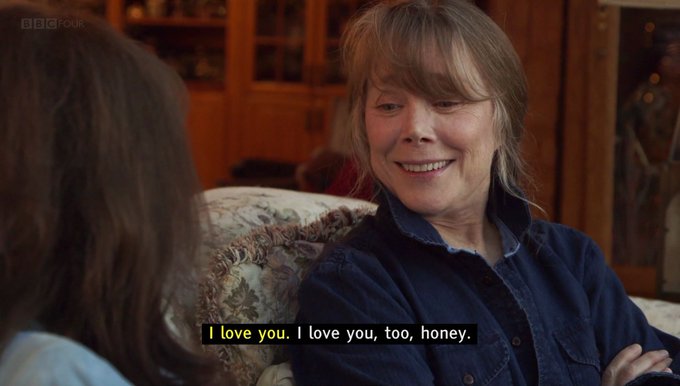 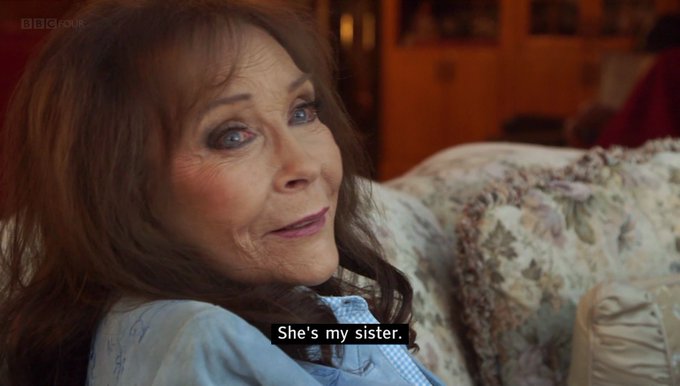 Coal Miner’s Daughter is the story of Loretta Lynn‘s dirt poor upbringing in Kentucky, and how she managed to transcend that to become one of the queens of country music. It’s a tough watch, but Sissy Spacek’s note perfect (in every respect) Oscar-winning performance has vulnerability and power, especially when set against Tommy Lee Jones as Loretta’s husband Mooney Lynn.

Country fans have long been united in praise of the film, and of Spacek in particular, and this still continues. Abby said: “No offense but Sissy Spacek’s portrayal of Loretta Lynn will always have me FULLY SHOOK. Coal Miner’s Daughter is one of my all time faves”, while M-Breezy concluded: “They literally couldn’t have picked a better person to play Loretta Lynn than Sissy Spacek.”

Made for TV biopics are notorious for skimping on the key details, like what a person sounded like when talking, or the clothes they wore, or whether they really wore a wig that looked only tangentially like their own hair. Take Me Home: The John DenverStory is a notoriously perfect example, in which Chad Lowe (brother of Rob) attempts to get under the skin of one of popular music’s least controversial figures, and fails.

The movie has acquired cult status for poor quality, winning over new fans every time it’s shown on TV, like Tannis Hewitti, who dryly noted, “Casting call for John Denver movie: must look like JD, be able to sing or at least lip-synch, must be able to act. Chad Lowe had #1. Only.”

Ain’t nothing but a jazz thing here at 991.com this week with a vast array of top jazz rare vinyl and CDs coming through the doors, here’s a few to whet your jazz whistle, see them all in our Jazz collectors store. Keith Tippett Group – Dedicated To You But You […read more…]

Get Into The Groove: New Madonna rarities and collectables now in stock

Madonna has been the undisputed Queen of pop for over three decades, and her rabid fan base shows no signs of slowing down. We recently picked up a large Madonna collection that included some excellent vinyl rarities we haven’t seen for a long time, and some weird and wonderful memorabilia […read more…]

Invest in The Beatles: Please Please Me Black & Gold Stereo Vinyl LP from 1963

Few and far between, this is one for the investor or serious collector: Please Please Me – Rare 1963 UK STEREO 14-track vinyl LP on the legendary black & gold Parlophone label. This is the very first pressing with Dick James Music credits for Please Please Me, I Saw Her […read more…]